Understanding Meaning, Function What is ROOT on Android

Understanding Meaning, Function What is ROOT on Android - This time the author will discuss all the Root discourses on Android starting from the definition of meaning, function, advantages and disadvantages of a root or rooting on android. Always visit the website, the reason is this website will always discuss the android world and technology discourse. 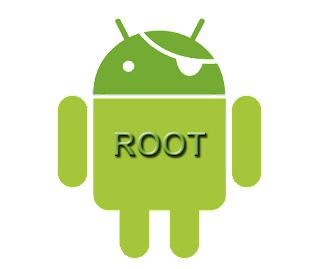 There must have been many people who heard the term root or rooting. And some are not yet aware of the reason is that many new users use Android for that see the complete review below about Root on Android.


Understanding the Meaning of Root Definition?

What is root? Root is the core of an android system. In Indonesian, the basic or root is defined as Android Root or Android Rooting, which is a system account that has the highest power, is absolute, it is certain to access the system until it equals the power of a developer and is free to execute all commands, files, systems in a Linux OS, one of which Android. The easy language is that with our free root, change, delete, modify, add, even damage the Android system, we are given absolute power if we root our Android phone.

With special privileges after our Android phone is rooted, we are able to brain the Android system as we like and this is very fun for people who like to play Android. If in Apple iOS, Root is the same as the same Jailbraik given unlimited features to access to the bottom of the system.

Root function on Android is the granting of unlimited access rights to edit, delete, add, file or script commands that are on the Android system. Like us as administrators of a system that is as powerful as the maker of the Android system.
What is the use and function of Android on the root?


Function And Usage Of Android On Root Are:


Why Android Phones Are Not Rooted From Factory

All new Android phones are purchased, the default is not ripped / unrooted. due to protecting the Android system for people who don't know the root of Android. Root is only for professional people, if you want to learn root discourse the risk is that Android phones are able to Bootloop, in other words android phones are not able to boot into the system, only able to live up to the boot logo and can be overcome with your android flash phone.

So Articles on  Meaning What Root and Its Functions On Android
Hopefully with this article you know more about what discourse is rooted.
Don't Forget to share this article so your friends know.
Diposting oleh kinoe saha di 19.06 1 komentar: